An American designer who moved to Yoichi-cho, and Mr. Ito from the Yoichi Tourist Association

The “Yoichi Tartan” flags hang from the streetlights in front of JR Yoichi station. These flags flown to greet visitors to the town were designed at the request of the Yoichi Tourist Association by Mr. Bryce Molenkamp, an American graphic designer who moved to Yoichi-cho.

Bryce-san has been living in Japan since 1998. He has been based in Yoichi-cho since 2017, after going back to the USA temporarily. The request to design the flag was made by Mr. Jiro Ito, who had lived in various US cities including New York for 20 years from when he was a student and is now back in his hometown and serving as secretary-general of the Yoichi Tourist Association. I asked the two about the appeal of Yoichi-cho, the significance of conveying its appeal by means of design, and future activity plans.

―Bryce-san, how many years ago did you come to Japan?

Bryce) After coming to Japan in 1998, I lived in Tokyo and Yokohama for seven years, working mainly in the music industry. After that, I temporarily went back to the USA, and then moved to Yoichi-cho two years ago. So I have been living in Japan for nine years in total.

―How come you decided to come to Japan in the first place?

Bryce) There was a Japantown in San Jose, the city in California where I lived as a child. I visited there often as I lived nearby; I took part in their festivals too. For me, the Japanese were not foreigners, but people I felt familiar with.

Also, my parents migrated to the USA from the Netherlands. Perhaps because Japan and the Netherlands are similar in that many people live in a small land area, I find that our ways of thinking including how we express ourselves are very similar. For me, Japan is a country that is very easy to understand and comfortable to live in. That is why I thought about working in Japan.
―So, why did you choose to live in Yoichi-cho rather than Tokyo when you came to Japan for the second time?

Bryce) The reason why I went back to the USA was because my parents fell ill. A few years later, they both passed away. My wife is Japanese, and we have a nine-year-old daughter and a six-year-old son. We wanted to raise our children while staying close to our relatives, but most of my relatives are in the Netherlands. So, we decided to move to Japan because my wife’s relatives are here, and because I had already experienced living here.
My wife is from Akita. We searched on Google Maps for a spot that is not too far from or too close to Akita, where we could enjoy activities in the sea and the mountains. The reason why we picked Yoichi-cho from several options was because it is a town with a history of multiculturalism, as this is where Nikka Whisky was established and its founder Masataka Taketsuru and his wife Rita lived.

―How multi-cultural did you find it once you started living here?

Bryce) I feel they are welcoming to those of us who have moved here from elsewhere. If I say “Hello” to the children on the street, they naturally say “Hello” back, which did not happen in Tokyo. This might only happen in a small town, but I thought it was a wonderful place where people are open-minded and you can start a conversation naturally, anytime and anywhere.

―Are there other things that make you appreciate living in Yoichi-cho?

Bryce)To be able to appreciate the beautiful landscapes. There are many places where you can enjoy striking scenery, such as the oceanfront views at Cape Shiripa, as well as seasonal views of the mountains and the valleys. A wide variety of fruits are grown here, and it is also a fast-growing wine-producing district. Of course, there is fantastic whisky and great seafood here as well.

My hobby used to be kayak fishing, but I stopped it after moving to Yoichi-cho. Because if I go to fish shops, I can get a variety of seafood amazingly cheap (laugh).

I also love surfing. There is a surf spot as well near Yoichi-cho. My children are very much into snowboarding, so we frequently go to Kiroro Snow World, an excellent ski resort 40 minutes’ drive from where we live. Also, since Shiribeshi Expressway opened in December 2018, it now only takes 50 minutes to drive to Sapporo from Yoichi. In many ways, Yoichi-cho is the best place to me.

– While Bryce-san praises Yoichi-cho very highly, what do you think are the good things about the town, Mr. Ito?

Ito) I too feel that this town is broad-minded enough to accept people from diverse backgrounds. There is a couple from New Zealand who moved to Yoichi-cho two years before Bryce-san came here, and I myself managed to get my current job here after living abroad for a long time.

Also, as Bryce-san says, the things that characterize the town themselves are highly diverse: whisky, wines, fruits, seafood and the beautiful scenery. While it is said that the elements of surprise and diversity are needed to sell products today, I believe Yoichi-cho has them all.
―Bryce-san, what type of work are you involved with now you are living in Yoichi-cho?

Bryce) I work in the design field. I work for Nikka Whisky and the Yoichi Tourist Association; I also have several clients in the USA. My father was a college professor who taught design, so I had learned the importance of design from him since I was small. As a graphic designer in the USA, I worked in partnership with advertising agencies on various projects including CI (Corporate Identity), having big corporations such as car manufacturers as customers.

However, in Japan’s tourism industry, they are starting to put emphasis on visual design to convey the appeal of what they offer so that they can attract more tourists, including international ones. I am working on projects with the Yoichi Tourist Association with the understanding that they are part of this new trend.

The creation of a flag using “Yoichi Tartan” is the first thing that should be mentioned when it comes to the collaborations between Bryce-san and the Yoichi Tourist Association.
Mr. Ito, could you tell us how this project came about?

Ito) Thanks to “Massan,” the TV drama series on NHK, the story of Masataka Taketsuru and his wife Rita has attracted a lot of attention. We wanted this story to be handed down for generations, rather than being forgotten as a fad. To that end, we looked at “tartan,” a traditional pattern for woven fabric in Scotland, where whisky and Rita originated, and came up with the idea of promoting the town by creating Yoichi’s original tartan.

In 2017, we conducted a tartan-check design contest, and the winner was chosen from five finalists in a vote by the town residents. We have had this pattern officially registered as “Yoichi Tartan” at the Scottish Register of Tartans. And then in 2018, the project to make a flag using this pattern was given the go-ahead, and we asked Bryce-san to design it.

Bryce) I thought the designing of this flag was a good chance for branding Yoichi-cho. With the simple design of this emblem, I tried to embody the four things that represent Yoichi-cho, which are cultivation of fruits, wine making, Masataka Taketsuru and Rita, and the fishing industry. For the overall design of the flag using the tartan partially, I aimed to present the originality of Yoichi-cho, which is different from that of Scotland or Japan, with the branding of Yoichi-cho in mind.

One important thing about branding is to identify oneself clearly. I believe that this flag incorporates what Yoichi-cho is about. Mr. Ito is a fantastic client, he trusted me and sincerely answered all the necessary questions. This process of sharing information is extremely important for designing.

Ito) I just told Bryce-san about the concept of the flag as he asked me questions. It was a new and very inspiring experience for me to turn ideas into a design. In the end, I believe we managed to create a design we can be proud of. I felt that the presence of Bryce-san was extremely valuable for Yoichi-cho, as he works with a deep knowledge of design and branding.
I would like to take time to promote the Yoichi Tartan. This year, the package of the chocolate available only at Nikka Whisky Yoichi Distillery has been renewed, and the design using Yoichi Tartan is used now. It was designed by Bryce-san, of course.

―Let’s hope Yoichi Tartan will be more widely recognized and that the branding of Yoichi-cho will go further forward in the future. What is the next step, Bryce-san?

Bryce) In collaboration with the Yoichi Tourist Association, I have made a brochure for Taiwanese tourists as well. I would like to continue taking these kinds of requests to design for tourism, and at the same time, I would like to pursue the branding project for Yoichi-cho that I have started up myself.

I would like to let many people know about the beauty of nature in Yoichi-cho and its great wines. To help achieve this, I have designed a “WINE COUNTRY” sticker, using a design of the vineyard in the Nobori area of Yoichi-cho, with Cape Shiripa and Candle Rock in the background. I would like to make this widely recognized.

Ito) I was inspired by this idea of Bryce-san’s, and came up with the idea of creating “the eight new views of Yoichi.” I would like to conduct a survey of the town residents, pick the eight views based on the survey results, and make postcards of the eight views with help from Bryce-san and some residents who are good at art. With Bryce-san’s supervision, I think if we could produce high-level designs depicting the very distinctive views of Yoichi-cho including Mount Shiripa covered in snow, then we will be able to sell the postcards as a set. I am very keen about realizing this idea.

While most of what we do at the Tourist Association is intangible, I would like to approach the tangible side as well in the future, such as improving the cityscape, for example. I would like to ask for help from Bryce-san for that too.

Bryce) As well as the ideas I have mentioned, I come up with all sorts of new ones all the time. Yoichi-cho is a unique town that has nature, history and culture. I would like to help increase its appeal and share it with the rest of the world. I would like to contribute to the town through my designs.

―I very much look forward to future developments. Bryce-san, Mr. Ito, thank you very much for talking with me today.Among the cities in Hokkaido, Yoichi-cho has an especially unique history, many characteristic specialties and beautiful nature as well. I got the impression that the day it becomes world-famous is not too far away, thanks to the works by Bryce-san and Mr. Ito.

Among the cities in Hokkaido, Yoichi-cho has an especially unique history, many characteristic specialties and beautiful nature as well. I got the impression that the day it becomes world-famous is not too far away, thanks to the works by Bryce-san and Mr. Ito. 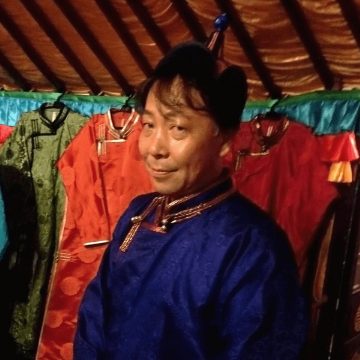 Born in 1964 in Yao city, Osaka. He is an editor and a writer, sometimes a lecturer at a vocational college, a grad student, and an entrepreneur. He is into eating and drinking, movies and tennis. He started making Haiku last year.