Having experienced his major turning point at 64 years old, he pours wine and love at Occi Gabi Winery in Yoichi

Yoichi Town has become famous as the setting for the popular NHK TV series “Massan” based on the true story of the founders of Nikka Whiskey Distillery.

What was formerly known as Dai Nippon Kaju is now affectionately called Nikka for short.

Did you know that, in this small town famous for its whiskey, there is a winery that has been producing excellent wine?

This time around, we have interviewed Mr. Ochi, who started a new life in Yoichi following his great success at Cave d’Occi, a winery in Niigata well-known among avid wine drinkers. After creating a big tourist attraction with the help of wine, why did this man decide to move his base to Yoichi for a new challenge? 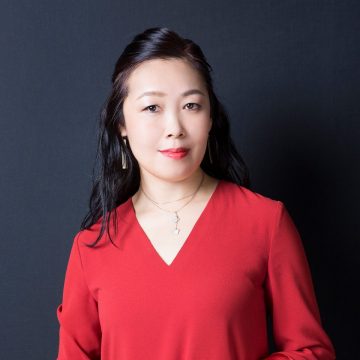 After graduating from Joshibi College of Art and Design, Tsurumoto became involved in art production, management and planning as a collaborator in the contemporary art scene while based in New York and Tokyo. From 2007 to 2014, she helped set up the distribution system in Japan for SUSgallery by handling the entire process from branding to product development and production management to channel development. Since 2015, she has been working as the director/COO at NAGAE＋, the subsidiary of NAGAE Ltd., to dedicate herself in the development of made-in-Japan platform brands by focusing on the metalworking techniques handed down for generations in Takaoka, Toyama. 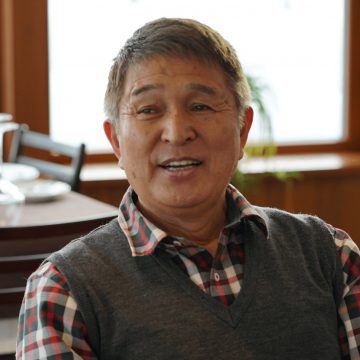 Wine grape farmer, Wine brewer
Born in Satsumasendai city, Kagoshima in 1948. After graduating from LVWO Weinsberg(a training and research institute for wine in West Germany), he started his career at HOKKAIDO Wine in Otaru, Hokkaido. In 1988, he worked at St. Cousair’s Winery & Vineyards in Nagano, then he founded CAVE D’OCCI in Nigata in 1992. In 2012 he founded Occigabi Winery in Yoichi city, which was named as Hokkiado’s first wine specialized zone (works as a senior managing director).

No two wines are alike

Ochi: Because the flavor and aroma compounds of wine grapes tend to dissipate with time, we set a timeframe to harvest the wine. If we started in 8:30 in the morning, we would wrap it up by 3 in the afternoon and move on to sorting. This process involves removing dry or underripe grapes and bugs. It is only in the last 20 or 25 years that sorting machines were introduced. Humans have been making wine for 8,000 years and did so without the help of machinery for 7,980 years.

ーHow were they sorting the grapes before machines were used?

All grapes harvested were used in making the wine.

Because the wineries would grow the grapes themselves, naturally they were hesitant to waste anything.

However, after the war, as people could afford more and started to want the best, the demand for good quality wine grew. That is how the wineries began to be more selective of the grapes and the process evolved accordingly.

ーWhat happens to the grapes after they are sorted by machine?

The sorted grapes are placed on a 3-meter-long conveyer belt that moves slowly so humans can further scan for imperfections.

ーIn the end, you rely on human’s eyes and hands.

I always remind the staff members working at the sorting table, “Don’t feel bad about removing anything that doesn’t make the cut. I will compensate by selling the wine for twice or third times the price!”

ーI bet that helps make the staff be more selective.

That’s right. About 10 to 20 percent of grapes are discarded in the sorting process.

But this is necessary because we position our product as Japan’s most expensive Japanese wine.

There are very few wines that fit the bill under the new law in Japan.*

The most important task for me is, not sorting or fermentation management, but clarifying the wine.

The flavor of the wine for the year is dependent not only on the grapes themselves, but also on the way I subtract the turbidity.

ーWhat do you mean by subtracting?

The turbidity substances resulting in the production have almost the same specific gravity as the wine itself so it would not clarify on its own. That’s where I step in to remove the turbidity. I call this subtraction.

ーHow do you do the subtraction?

I use egg whites. The turbidity substances bond with egg whites and settle to the bottom. Then the wine is racked to leave the sediment behind. After that, with the help of a variety of fining agents, the wine goes through multiple steps of removing bitter tannins and other unwanted components.

My job is to control the flavor by subtracting and knowing exactly how adding an agent and leaving it in for a certain time changes the flavor.

This process of subtraction greatly impacts the final taste of the wine.

I think it’s okay for wine to taste different depending on the year.

To become a small cornerstone that supports Hokkaido

Before settling in Yoichi, Mr. Ochi was in charge of running Cave d’Occi in Niigata.

Even now after the age of 70, he continues to take on new challenges, which he attributes to his wife Masami.

ーI heard that it was 7 years ago that you established Occi Gabi.

When I was working at Cave d’Occi in Niigata, my now wife happened to come in as a customer with her mother.

Masami then mentioned she would love to learn under me how to make wine.

I jokingly said that I couldn’t afford a scandalous relationship so she would have to marry me before becoming my disciple.

ーSo she became your disciple and your wife at the same time?

Somehow Masumi and her mother both liked my idea.

If she hadn’t turned up in my life 7 years ago, I would have still been working at Cave d’Occi and might even have been dead by now from diabetes as I was pretty overweight back then.

I think humans cannot live without love. I truly believe that Masumi was the goddess that came to save me.

ーYou met Masumi and moved to Yoichi.

If we were a month late, the land here in Yoichi wouldn’t have been available anymore.

I gave notice to the vice president at Cave d’Occi, telling him that I am going on a new life adventure.

Many people were against it. At the time, Hokkaido was struggling with the major commercial bank Takugin going bankrupt. I know not having big power but I had the strong determination to become a small cornerstone that supports the tourism in Hokkaido. That was the motivation behind starting in Yoichi.

ーA new life beginning in Yoichi. The building with the restaurant and shop is beautiful with the smell and warmth of wood.

Occi Gabi was built right after the Great East Japan Earthquake in 2011. The disaster caused a nationwide shortage of electricity. That’s why we decided to use LED for most of the light fixtures. We got the cost of electricity down to about a tenth of what we would have spent otherwise.

We also used triple pan windows that are 4-cm thick for energy efficiency to cut the cost for heating and cooling.

I always remind myself that I have to run the business while keeping my back straight.

My teacher in West Germany where I studied winemaking told me that “if you’re going to create something, you must make sure it is aesthetically pleasing even after you’re gone.” I just happen to be here in Yoichi, blessed with this spacious land. I always tell myself that I need to make something that everyone will be pleased with. Especially for my wife.

ーYou have a great sense of humor, passion and love. Seeing how much your knowledge, challenge and hope for the future are all packed in this place has moved me greatly.

I have learned that gathering everything I have and giving my all have led to meeting the love of my life. (laughs)

ーWhat made you decide to make wine in Yoichi with your wife?

There is much to be desired from the winemaking in Japan. I was always looking for a place to do it right and I happened to stumble upon Yoichi. With the new law in place, I know for sure that Yoichi will become Japan’s largest producer of wine. It does not make sense to take the grapes harvested in Yoichi elsewhere to press them into wine. The process must take place in Yoichi.

I just happen to be here now, but I will be gone in 15 years or so. I am fully aware that this place needs to be passed on to the next generation, instead of me clinging on to it. Yoichi will grow with wine. The problem we have now is that all the young people have left. We need to bring in new young blood somehow.

ーWhat kind of people do you hope to attract to Yoichi?

I am hoping to meet people that criticize me, instead of looking up to me. Having someone that has the strong desire to improve this town in a totally different way will lead to good competition. A good example would be someone from Tokyo wanting to invest or start a company in Yoichi. That will stir things up in a good way. I sincerely hope that the economy, people and employment in Yoichi will revitalize in the future in a noticeable way.

After graduating from Joshibi College of Art and Design, Tsurumoto became involved in art production, management and planning as a collaborator in the contemporary art scene while based in New York and Tokyo. From 2007 to 2014, she helped set up the distribution system in Japan for SUSgallery by handling the entire process from branding to product development and production management to channel development. Since 2015, she has been working as the director/COO at NAGAE＋, the subsidiary of NAGAE Ltd., to dedicate herself in the development of made-in-Japan platform brands by focusing on the metalworking techniques handed down for generations in Takaoka, Toyama. 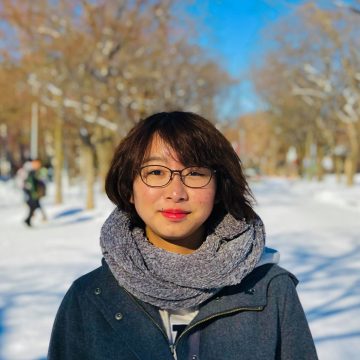 Writer
Born in Hokkaido and grew up in Shizuoka. Having been busy for her club activity at junior high and high school, but entering university, she finally came back to Hokkaido as she has long desired. Hobbies are traveling, Onsen hot spring, soup curry, and play.